Before Sir John Dankworth passed, he gave Julian an original composition called ‘A Lyric Fantasy’ to perform with his band in the garden at Wavendon.

Together with a stunning suite from Bernstein's "West Side Story" score ‘A Lyric Fantasy’ has become the ‘foundation stone’ of a new concert that Julian calls ‘It’s Clazzical’ .

"Stringle's clarinet sound is exquisite . It has freshness, sparkle and a flute-like softness. At times he makes the clarinet sound re-invented" John Fordham, The Guardian

"The clarinet was from the start of jazz (as we know it today ) an instrument of enormeous importance. It's first wave of exponents from Johnny Dodds to Benny Goodman is no longer in charge, and the world needs a replacement from later generations. Julian Marc Stringle is already presenting his credentials to the royal circles of "Clarinetia" . Some would say that in Europe Julian has already received that accolade, which leaves him just one crucial step; Today Europe - tomorrow the world !"
Sir John Dankworth CBE 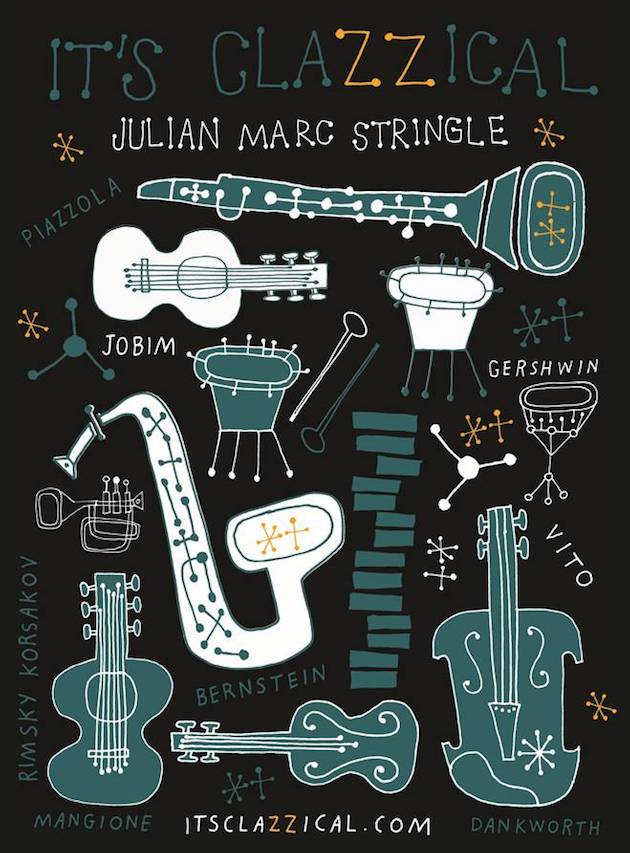 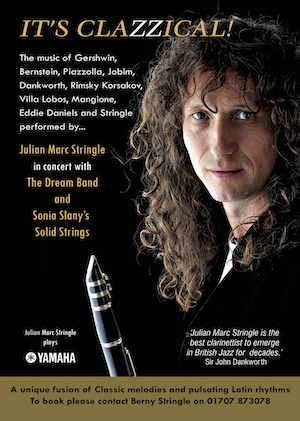 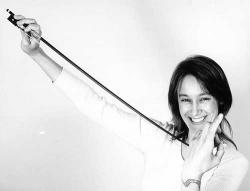 She is married to a life-long friend of Julian, the renowned percussionist Paul Clarvis.

Julian is now one of the world’s great clarinet players – right up there with Eddie Daniels!

Julian is a breathtaking clarinet player with faultless technique, inate harmonic judgement, and his own distinctive melifluous sound . He is a consummate artist, whose life has been dedicated to his craft. Today, his place among the ranks of the all- time great clarinettists is assured.